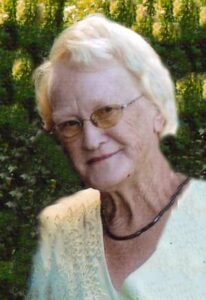 In the 60’s Ruth and Don operated the coffee shop in Arva before relocating to Don and Ruth’s Variety in Thorndale. In the 70’s she was one of the very first female garbage truck drivers in Ontario. Working alongside her husband Don they operated Phillips Disposal, where they employed many young adults in the Thorndale area. Following in Ruth’s wishes, cremation has taken place and there will be no visitation or funeral service. In lieu of flowers, donations to JDRF, Heart and Stroke, Parkinson’s Canada, Thorndale Lions Community Centre Building Fund or Medical Centre, or Thorndale Optimist Club would be appreciated by the family.

The Phillips’ family would like to extend their heartfelt appreciation to the nurses, doctors, and all caregivers at both the St. Marys and Stratford Hospitals.